Everything about wine in Santorini

Santorini is one of the most famous Greek islands, well known around the world for its crystal-clear waters, beautiful towns and salty sea breeze. Santorini is probably one of the most visually spectacular places you could set your foot on, dramatic views you have never seen before, stunning sunsets and its own active volcano.  This is not all there is to this beautiful island, Santorini is also famous for its wine, producing some of the world’s best quality wine. 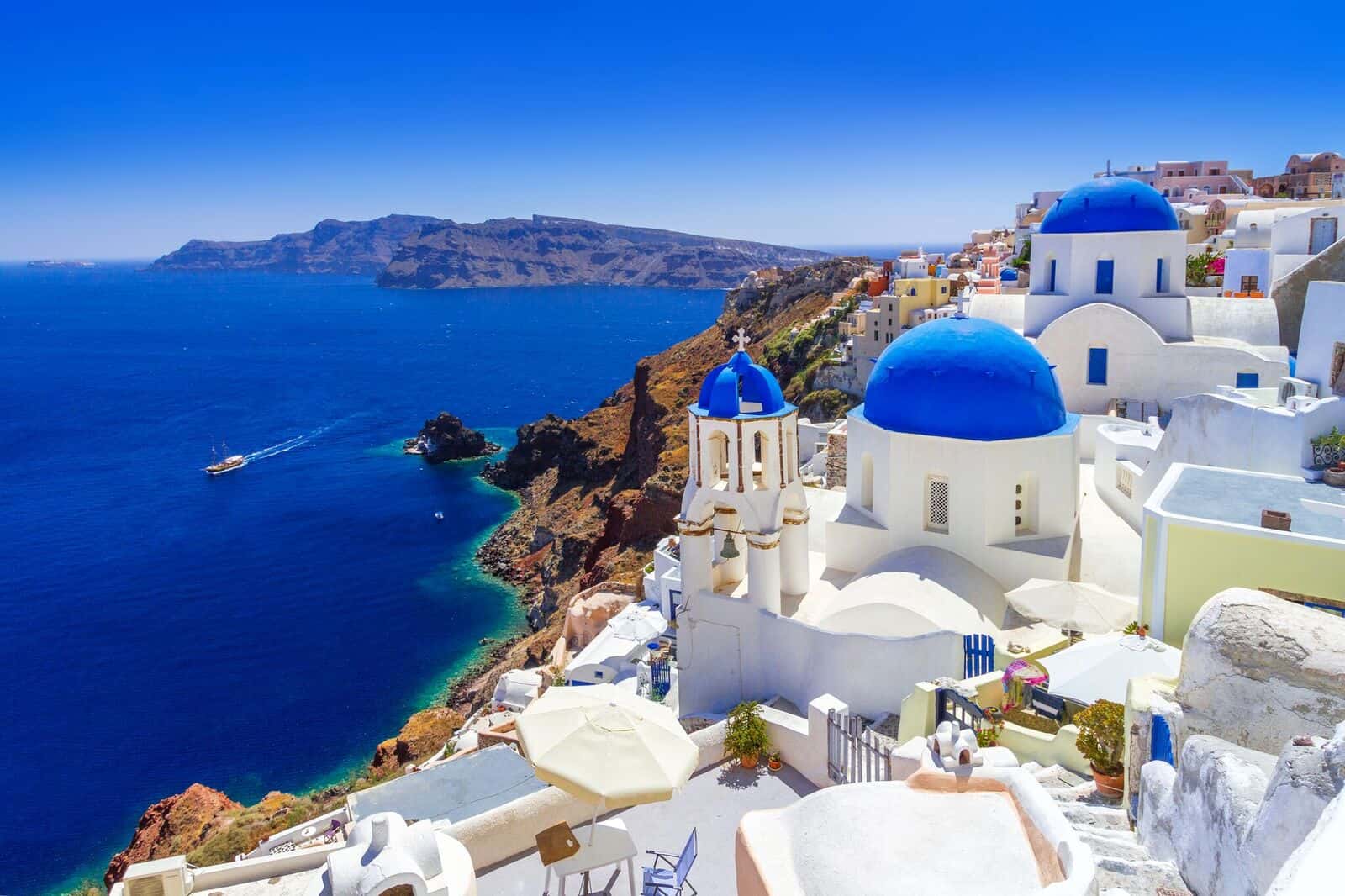 For as long as people have been living in Greece they have grown grapes. There is evidence of growing wine going back to 4500 BCE, Greeks have been making wine for the past 3.000 years, wine is even mentioned in some of the most ancient epics such as Homer’s Iliad and Odyssey.Therefore, Santorini has been producing wine for over a millennial! The vineyards on the island are some of the oldest among the world, definitely the oldest in the country. It is no wonder Greeks say that Santorini’s wine is the best wine in Greece.

Santorini has been growing wine since ancient times but became popular especially when the island was under the influence of the Republic of Venice.  What makes Santorini’s wine special is the unique bush training system wine makers use to cultivate the vines. This unique system called “koulara” is a growing way were as the vines grow they are woven into baskets with the grapes facing the ring – the vines lay low in round baskets made from the vines themselves in order to protect them from the wind. Many of the roots found on the vines in Santorini are centuries old, this is because Santorini is immune to phyloxera, its volcanic soil doesn’t contain the clay the parasite needs to survive therefore making the soil exceptionally fertile and hospitable.

Vinsanto is an ancient wine making tradition, it is aged for 24 months in oak barrels and has unique taste similar to Italy’s “Holy wine”.

Santorini is the only place on the whole planet with so many vineries in proportion to its size (76,19 klm2), there are more than 18 vineries you could explore when on your vacation. Basically, Santorini is the Greek version of Napa Valley. When in Santorini you must try Vinsanto, the island’s most famous produce. Made from assyrtiko grapes, in passito style (dried 12-14 days), this wine is famous around the globe. In 2002 the EU declared Santorini as the official place of origin of Vinsanto and gave it exclusive rights to the name. Vinsanto is an ancient wine making tradition, it is aged for 24 months in oak barrels and has unique taste similar to Italy’s “Holy wine”. Other wines you must try are the white Aidini, the blended and rose Atheri and the Madelaria.  Santorini has many choices therefore be sure to find the wine that best suits you.

Vines are seen everywhere around Santorini, there are many tours that will take you around the different vineries pick your choice and relax with a good glass of wine. Maybe even pay a visit to the Wine Museum which is located in a cave on the Koutsogiannopoulos winery near Messaria.

Book your luxury villa today and taste the best wine you have ever had on the Greek island of Santorini!